It’s #ThirstyThursday! Most of us would find a bug in our drink to be a MAJOR disappointment –in fact, we’d demand our server bring us another– but some people have embraced the idea! 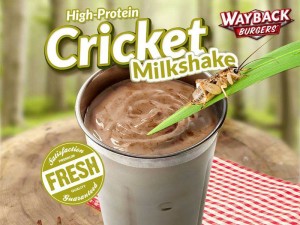 So fresh, it hops a little!

WayBack Burgers recently introduced their own “Oreo Mud Pie Cricket Protein Milkshake.” The shake boasts 24 grams of protein and is (allegedly) loaded with tons of chocolate flavor (we hope it’s enough to mask the crunch of cricket)! The restaurant chain has added the menu item across the country, but it’s part of a larger growing trend…. Around the world, there’s been an uptick in cricket consumption, as a 3.5-ounce serving of crickets contains nearly 50 grams of protein… double the protein as a 3.5-ounce serving of beef!!! 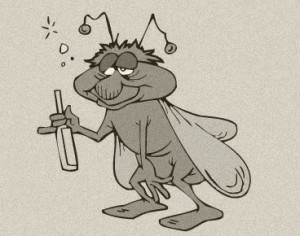 Maybe a little more bug and a little less booze?

Elsewhere, NC State University scientists are experimenting with adding bugs to beer during the brewing process. According to their observations, some arthropods (like beetles, bees, and other bugs) contain yeast… which just HAPPENS to be a major component in the brewing process. The yeast is used to convert sugar into alcohol during the fermenting process. The type of yeast can influence the taste of the drink — alcohol can receive up to about 50% of its taste from the yeast used in production…. Scientists say that it opens up the possibilities to completely new flavors!

So are buggy brews the drink of the future? Should the FDA will start adding a “bug by volume” tab next to the “alcohol by volume” label? Let us know what you think! Contact us if you have a bug infestation that doesn’t come in the form of a healthy protein drink!